In House Printing | LexJet Blog
BEGIN TYPING YOUR SEARCH ABOVE AND PRESS RETURN TO SEARCH. PRESS ESC TO CANCEL
Skip to content 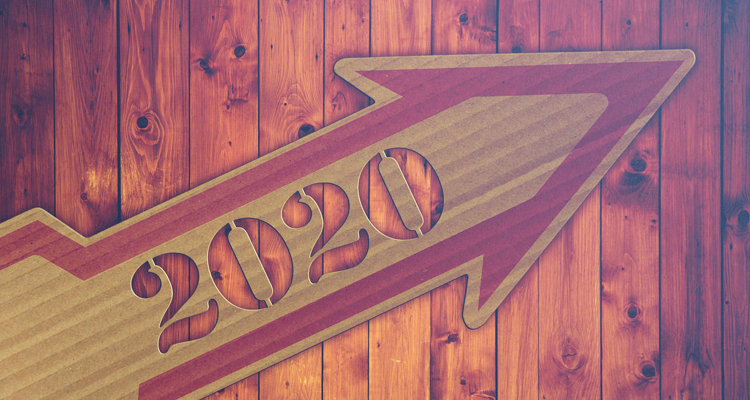 If you’ve been in wide format printing for a while, or even if you’re new here, you’ve probably noticed that things move pretty quickly in this space, from customer expectations to equipment upgrades to new material launches. These changes, upgrades and improvements are never-ending, so here’s a quick list of what we see as the hot topics to watch as 2020 gets started: 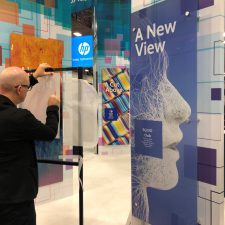 Strategic Convergence. You heard a lot about convergence at Printing United, specifically. There was a wave of chatter about diversifying and jumping into different segments to stay relevant, serving at least two segments, like sign & graphic, apparel or packaging. Sales and profitability were both up the most in 2018 for sign & graphic producers, according to NAPCO Research and SGIA. But when diversifying, businesses may have growing pains from adding staff or lacking focus. Working with a good partner who supplies material as well as education and business consultation is key to helping you make the best decisions of material inventory, equipment upgrades and workflow efficiencies. Get a handle on these issues, and your team can converge strategically. 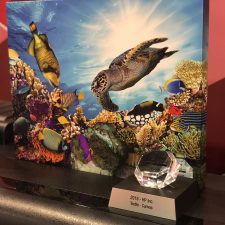 Environmental Responsibility. If there’s one topic on everyone’s tongues, it’s sustainability. At Printing United, some customers who visited our booth were only interested in eco-friendly material options. There’s a generational divide to keep in mind: While Baby Boomer customers tend to embrace their brand loyalty, Millennials and younger are willing to pay more for products made with sustainability in mind. This is true in the consumer world, and growing increasingly true in the business decisions they make. Our industry is working hard to find ways to make materials from recycled or reclaimed items, like plastic water bottles, and, in turn, ways for those products to be recycled or reused to create a circular economy that the print world hasn’t seen previously. Stay tuned for product releases that are better for the earth so you can plan to market them to the customers who are the most receptive to them. 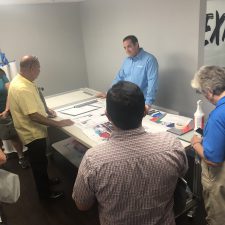 Increased Competition. This isn’t competition from the sign shop down the street. It’s competition from your own customers, who now have access to lower-priced, entry-level printing equipment that’s allowing them to do their own in-house printing — like retail outlets, schools and more. Combat this by excelling in areas they can’t, such as more complex decor applications that require more intense set up and installation; investment in new technology, like dye-sublimation, which can advance you into textile printing; or offer customization in printing with software that allows your team to use variable data to create unique prints (like these serialized decals). Wow your customers with your experience, craftsmanship and innovation, and they won’t want to do it without you. 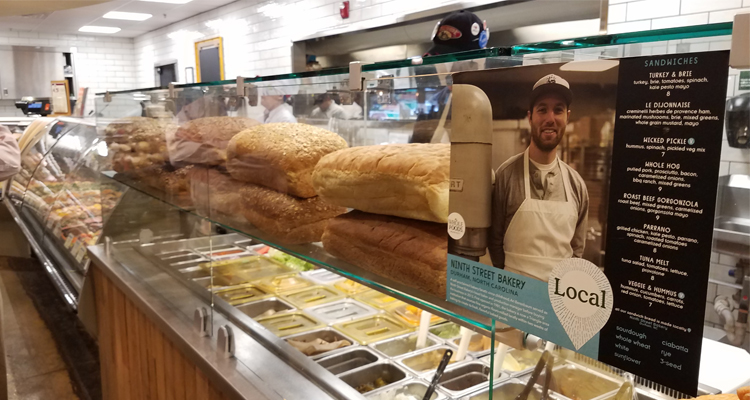 Known for its creative and colorful signage, Whole Foods’ South Region has a four-person team of artists dedicated to the creation of innovative décor. Anyone who has visited one of their locations is familiar with the vibrant, modern signs and advertisements. And with its in-house printing facilities, this store is an enthusiastic customer of both the LexJet Promo-Point Window Cling and Decals. “The teams love them,” says graphic artist Whitney Harlos at the Chapel Hill location, “They’re perfect for patches on signage for when the artist isn’t here, custom signage on glass and mirrored fixtures, chalkboard materials of all sizes, and low-temp coolers.”

END_OF_DOCUMENT_TOKEN_TO_BE_REPLACED 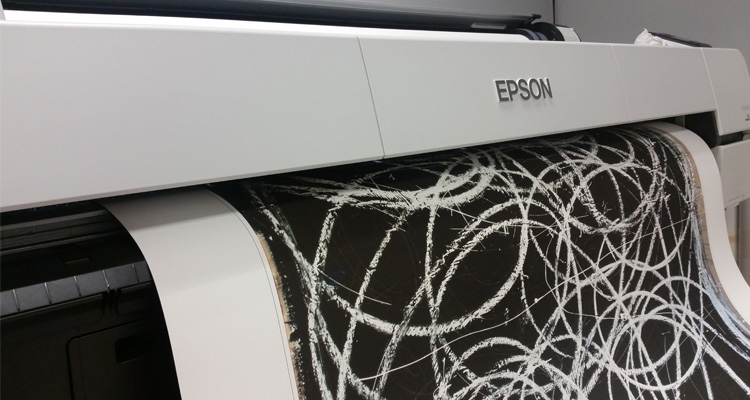 Mary Song of the Seattle-based NW Art + Framing knows a thing or two about printing. A photographer and print coordinator, she oversees the fulfillment of custom and commercial orders for a variety of clients throughout the Northwest. In fact, the company handles printing for three sets of stores, which include the flagship NW Art + Framing, Frame Central, Museum Quality Framing and Beard’s Framing.

“Between Thanksgiving and Christmas, we’ll fulfill 10,000 orders,” Song says. “We get 150-foot custom rolls, and we’ll go through four of them a day.”

That’s a lot of media for fine and framed art, metal prints, canvas and much more. To handle the workload, the facility houses nine printers, mostly Epson, including the recent purchase of the Epson SureColor P20000 64-inch printer, pictured above in action.

“The P20000 is helpful for large canvas and art prints,” Song says. “We have a demand for it, and everyone is going larger.”

The demand, she says, was specifically for large fine art, coated prints that weren’t latex-specific. The P20000 was specifically designed for high-production photographic and fine art printing with all new UltraChrome PRO inks, including four levels of grays. To ensure the color reproduction was up to par, Song but it through a rigorous test: her own work.

“As a photographer, I didn’t trust people to print for me,” Song says. “When we got the P20000 in, the first image I printed was one of mine, so I could see how good it was. The definition in the images was fantastic. The image has sepia tones, which is difficult to print, but right out of the box without profiles, it was spot-on. I couldn’t be happier.”

Since Song started with NW a year and a half ago, the company has doubled the number of its printers in effort to bring all print jobs in-house. “We really wanted to get the profit inside our building,” she says. That also meant that she and her team had to work faster, which was another selling point for the P20000.

“We needed a faster turn-around time, and this machine is faster,” she says. After considering some other less-expensive, older-model printers on the market, she chose to go with the P20000. “I said: If we’re going to invest in new technology, let’s invest in what’s the newest, not something that would be outdated within a few years.”

The company is also considering purchasing a SureColor P10000 44-inch printer, which uses the same ink set as the P20000, which will save on storage space and maintenance, she says, as well as delivering the consistency she expects. “Nothing beats Epson’s color or quality,” Song says. “Epson is by far one of the best printer companies out there.” 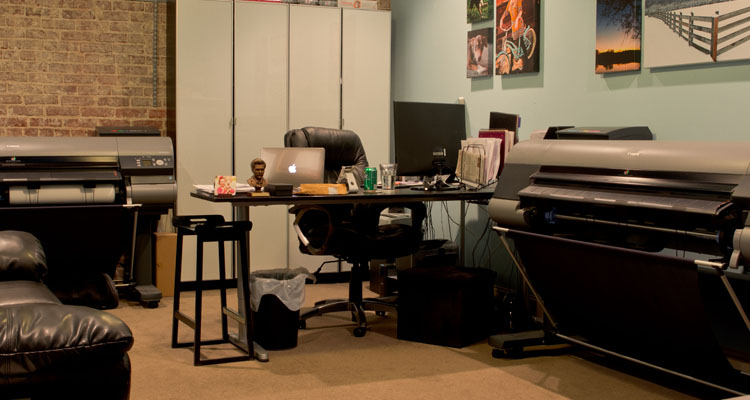 Capabilities – Printing wide-format in-house can open a plethora of opportunities depending on what your wants and needs are. In-house print operators running wide-format printers can produce everything from product packaging, proofing, retail/point-of-purchase signage to fine-art reproduction just to name a few.

END_OF_DOCUMENT_TOKEN_TO_BE_REPLACED Aaron Thomason, owner of Arc Studios Photography in Dalton, Ga., knows the value of a print. It’s what helps showcase and sell his artistic portrait photography.

With a variety of inkjet-printable media from which to choose through LexJet, Thomason is able to present his work in a variety of formats, each with its own unique look.

“I don’t have to do any advertising other than the promotional printing I do for my studio and storefront. I can place a banner stand next to the street so people driving by can see it, so I get a lot of people stopping in who saw it when they drove or walked by the studio,” says Thomason. “I typically use a big image with just a few simple words so that my studio is in the back of their mind when they need something I can provide.”

For banner stands, Thomason uses a LexJet Blizzard Outdoor Stand with LexJet TOUGHcoat Water-Resistant Polypropylene, and on his storefront windows he uses Photo Tex Repositionable Fabric. “I change those images up regularly and they work great. They see some rain and other weather, but the images have held up fine,” says Thomason. He also uses LexJet Sunset Photo Metallic Paper for images that lend themselves to the pearlescent pop of the paper.

“Before I started doing my own printing I was lucky if I sold one canvas print per session. Now I’m able to sell three or four canvases per portrait client since I was able to bring the price down by doing it in-house,” explains Thomason. “We stretch the canvas here on a 1 1/2″ frame and add the UV coating, so I’m able to produce canvas less expensively for my customers, deliver it on time and ultimately sell more canvas.”