One of the quickest ways to diversify your services as a print shop operator is to add a wide-format solvent printer. With a machine, such as one of the Epson SureColor S-Series printers, you can expand your horizons into everything from long-term outdoor graphics to customized interior décor. Check out how these printers can make an immediate difference in your shop:

Improve Image Output: After more than a year of testing, our Experience Center techs found that the Epson SureColor S-Series S60600 and S80600 provided extremely consistent print production, including photographic and fine art jobs. “I can attest that this is the best solvent printer technology available with regards to reliability, image durability, image detail/sharpness and color fidelity,” says our tech expert, Michael Clementi. “If you were to tell me five years ago that a solvent print would be approved by photographic/fine art consumers concerned with gamut and image quality and durability, I would have told you that we’d have a long wait to get to that point. We have arrived.”

END_OF_DOCUMENT_TOKEN_TO_BE_REPLACED 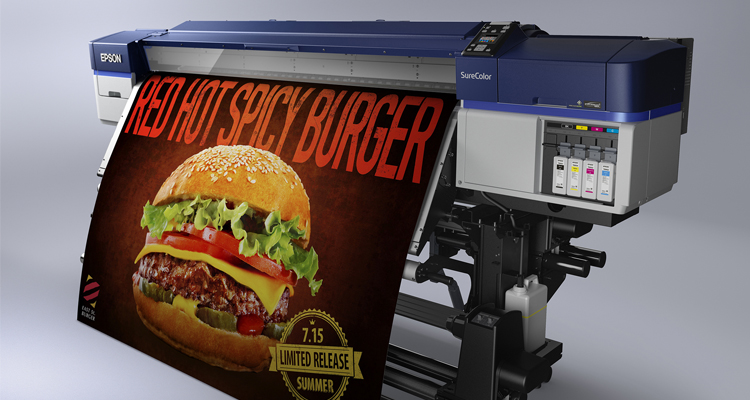 If you’re considering adding a wide-format solvent printer to your operation, you’re on the right track to increase production and add lots of new capabilities. We sat down with our printer training pro, Michael Clementi, to learn five top ways that an Epson SureColor S-Series printer (S40600, S60600 and S80600) can help you grow your business. 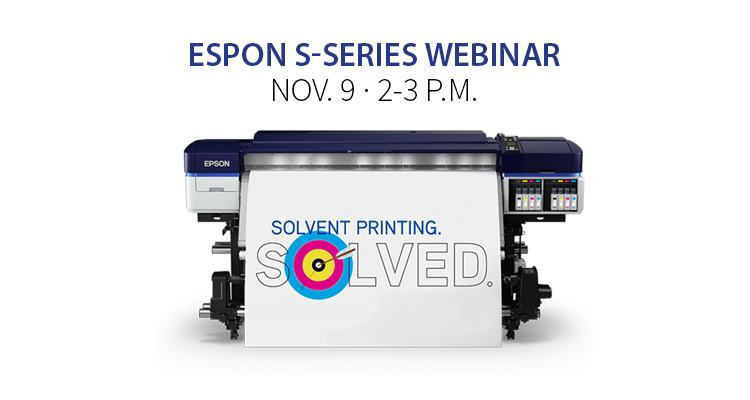 During this webinar, Epson technology experts will illustrate the very latest in solvent print technology, as featured in the S-Series printers: SureColor S40600, SureColor S60600 and SureColor S80600.

This educational hour will be jam-packed with information on the newest generation of solvent inks, print accuracy, automated maintenance, a vast array of application opportunities and Epson’s reward program.

Plus, when you attend this webinar, you’ll receive an event discount up to $2,000 off your printer purchase, in addition to the standard Epson rebates offered each month.

When Liz Allen’s entrepreneurial spirit kicked in, and she decided to open up a FASTSIGNS franchise in Oviedo, Fla., she had a number of items on her to-do list, but perhaps few as important as purchasing a wide-format printer for the shop. When attending the ISA Sign Expo in Orlando earlier this year, she jumped on a discount offered in a show special, and purchased an Epson SureColor S60600 64-inch solvent printer from LexJet.

“FASTSIGNS did recommend the Epson,” Allen says. “We chose it because of its speed. It was three times faster than the other printer we looked at.”

Allen opened her new FASTSIGNS store in July, and because she’s new to wide-format printing, she hired Mike Howell, a seasoned sign shop printer, to manage production of banners, floor graphics, magnets and more of the shop’s offerings.

“I’ve been in the sign business for 30 years,” Howell says. “I saw the Epson printer when I was at FASTSIGNS corporate office, so I was able to get my hands on the printer. It’s very quick — a lot faster than a lot of the other machines I’ve used.”