Prints That Win: The Evil That Men Do | LexJet Blog
BEGIN TYPING YOUR SEARCH ABOVE AND PRESS RETURN TO SEARCH. PRESS ESC TO CANCEL
Skip to content 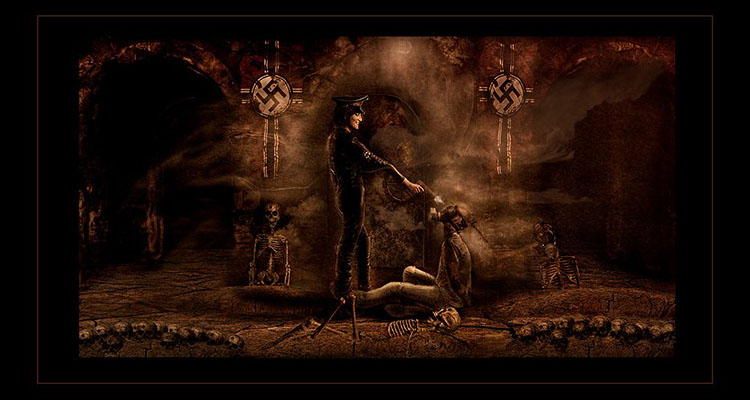 When comparing photographer Ken Stoecklin’s studio work to his print competition work, a viewer may be surprised to learn that they come from the same lens. The modern family portraits, energetic senior pictures and sweet wedding images are quite the contrast to his dark, controversial competition work, such as the 2015 Sunset Award Winning “The Evil That Men Do” print, pictured above, from the Wyoming Professional Photographers Association competition, and last year’s edgy Sunset winner, “The Decay of Man.”

Creating and evolving a style is a must for professional photographers these days, thanks to the prevalence of smartphone cameras, says Stoecklin, who owns Beartooth Photography studio in Casper, Wyo. “Before digital came on, not everyone could run out an buy a film camera. You had to know what you were doing,” he says. “Now you can go onto Facebook and find 300 photographers. It’s made those of us who have chosen to stay in it work harder and be more creative. It’s more challenging, but it forces you to develop a style not only in shooting, but also in processing your images.”

Originally a freelance journalism photographer, Stoecklin opened his portrait studio in 2004 and started print competitions in 2011. “This year, I really didn’t have any clue where I was going to go with it,” he says of his winning image. “I needed to top ‘The Decay of Man,’ which scored 100 at state.”

He had worked with the couple in the photo in previous shoots, and was considering a underworld/vampire theme, but then started playing with old film images from WWII Germany. The couple tried a few poses, when the man accidentally fell to the floor. His wife playfully pointed the toy gun at him, and the image came to life for Stoecklin. “There it is!” he said, “and it just started to come together.”

Stoecklin added lighting effects, details and the background texture in Photoshop. When it was first presented in the competition, he says there was “dead silence” from the judges. “I don’t think they knew what to do with it. It’s striking and violent,” he says. “To make a static image have that kind of impact … you’re not going to get that from a wedding image.”