Prints That Win: Skylake | LexJet Blog
BEGIN TYPING YOUR SEARCH ABOVE AND PRESS RETURN TO SEARCH. PRESS ESC TO CANCEL
Skip to content 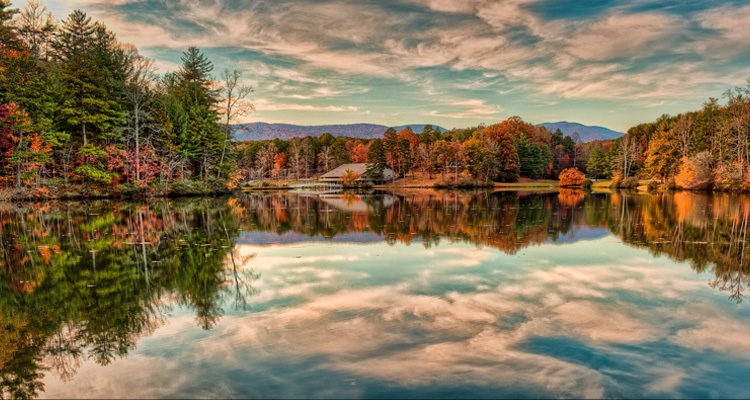 By all accounts, Jeff Gulle should have been a doctor. But one of his sisters, who was also studying medicine, convinced him to follow his passion … and that’s what eventually led him to the world of photography. He started working on the yearbook and newspaper staff in school, and kicked off a career in photojournalism.

After mastering medical photography and covering crime scenes, he eventually ran a highly successful portrait studio before “retiring” eight years ago to go to work as the photography program director at North Georgia Technical College. Today, he shoots for the love of it, he says. And that certainly shows in his award-winning work, like “Skylake,” pictured above, which won the 2015 Sunset Print Award at the Georgia Professional Photographers Association annual competition.

“It was starting to get a little colder, and I wanted to go out and take some photographs,” Gulle says of his winning shot. “We were starting to lose leaves so I needed to get out there and shoot. When I came back in, I said: I’m glad I did that. When I took it, I didn’t realize how awesome it is. But when I processed it, I knew it was a cool shot.”

The image was shot in the Skylake Community in Sautee Naccoochee, Ga., stunningly capturing the fall leaves in the trees and reflected in the lake. “This was the highest print score I’ve ever gotten,” Gulle says. “It has a lot of depth … you look at the foreground and the background and then whip around to the sky. It keeps you going.”

Gulle says he’s been entering print competitions for about five years, and he’s no stranger to taking home the win. He won a Sunset Print Award in 2014 for “The Mechanic,” which went on to win the bronze medal at the Professional Photographers of America’s 2014 International Photographic competition, along with four other images.

“Print competition has made me an even better photographer in the way that I shoot,” he says. “I was always aware of those thing that make a good photo, but didn’t care to make an adjustment while taking photo.”

Gulle is a loyal user of LexJet Sunset Photo Metallic Paper for his competition prints. “Sunset paper is beautiful,” he says. “The deep colors, contrasts and deep saturation work for me.”