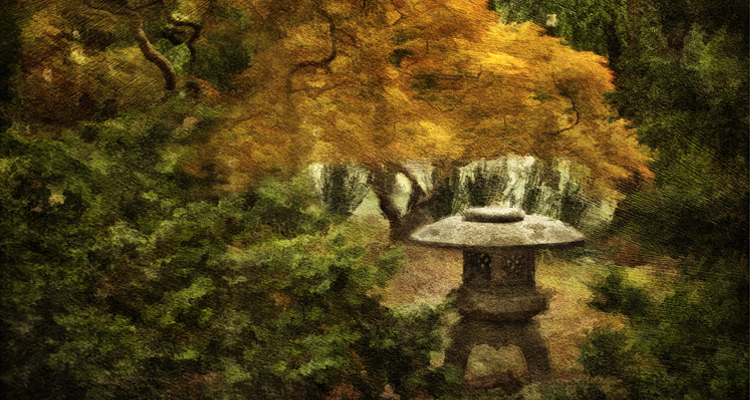 On the day this Sunset Award-Winning photo was taken, photographer Steven Yahr was at a bridal portrait photoshoot. “The bride wasn’t there yet,” says Yahr, “and the image evolved from that scene.” The simple elegance of the shot is true to his signature style.

“I just did a program for a group in New York, showing some of the processing I do in photoshop to make images look different from rest,” he says, “I noticed that on almost all my images that have done well, they’re simple subjects that have an artistic flare to them.” He believes that balance of painterly backgrounds with simple subjects is ultimately what makes his images stand apart from the rest.

His image “Spiderwort” won the Sunset Print Award in 2015, and one can clearly see the simple, yet captivating style he encompasses with his work. Primarily self-taught, Yahr has been photographing for decades. “I had my own dark room,” he says, “The days of chemistry are gone. I don’t miss the chemicals, but it was an interesting era for sure. The end result is that it makes you a better photographer when you do your own processing.”

Yahr has been a member of PPA since 1998, and began competing in the early 2000s. “I worked in photography for years and retired in 2002,” he says, “Even though I had my own business during that time too, photography is definitely my passion.” He currently works with another photography company on a team of talented, professional photographers. “But I also do a lot of stuff for myself in competitions,” he says. “Everyone’s got their own journey and you have to find what that’ll be.”

Much of his inspiration comes from books of photography, however, he is partial to still life and for this genre, he looks to artists ranging back to the Renaissance. The ideas and techniques he gleans from these master artists come through in his editing of the images. “One of the things we talk about is getting it ‘right’ in the camera – which is something that’s always said. But you’re definitely the artist … what happens after [the image is taken] really changes it,” Yahr says.

Photography has been a life-long endeavor for Yahr, and his honed skills and distinct style are beautifully portrayed in “Oriental Inspiration.” The viewer can see the passion for artistry and simplicity in this piece, making it well-deserving of this award.

“Early on, [photography] just intrigued me. I had an older brother who always encouraged me after he saw some of the things I was doing,” he says. “He encouraged me and elevated me to the point where it grew. Sometimes you start out on a journey and you don’t end … For example, I’m not musically talented, but I love music. But photography stayed with me … and it grew.”