Prints That Win: Blowing Out of a Creative Funk | LexJet Blog
BEGIN TYPING YOUR SEARCH ABOVE AND PRESS RETURN TO SEARCH. PRESS ESC TO CANCEL
Skip to content 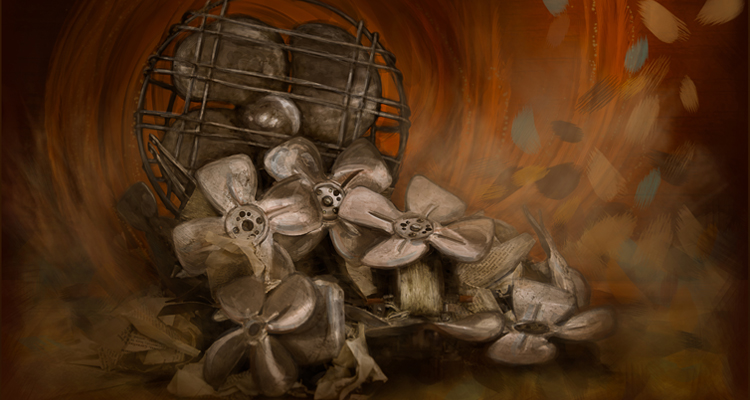 Based in Boise, Idaho, Zimmerman owns a photography studio called Cherished Images, and specializes in newborns, children and families. She’s completely self-taught, and has been doing photography since 1997. “It probably really started when I had my oldest daughter – and I just got this ‘Oh wow,’ this is amazing – time is flying by and everything was still film-based, and if you didn’t take those photos, you missed those memories,” she says. “I ended up creating my own business in ’99, and I’ve been doing boutique photography ever since.” Zimmerman draws much of her inspiration from travelling. “Recently, [travel] has been my biggest source of inspiration – when I get out and see something for the first time, that’s when I get most inspired,” she says. “I keep a catalog of stock material and then I go through that looking to composite something or paint something.” She usually doesn’t enter work she’s done for clients in her competitions, preferring instead to find personal projects to explore on her own.

Competitions have been a huge part of her life since the early 2000s. In fact, she’s taken Photographer of the Year in both 2005 and again this year. Zimmerman loves the educational aspect of the competitions, citing the critique and exposure to other photographers’ work as great sources of learning. “It’s a big investment to enter,” she says, “and I think you have to go into it with the spirit of learning, otherwise you’ll waste a lot of money.”

While she loves capturing the images, she believes the editing is what makes her photos stand apart from the rest. “I try to think outside the box…” she says, “anyone can take a photo, but it’s the editing that shows the skill.”

The soft strokes and steampunk-impressionist style of her winning image clearly exemplify her editing skills, giving the image the feeling of a detailed oil painting. As one her personal projects, this image was one she pushed herself on, allowing her to explore creative autonomy.

“After you’ve been doing it as long as I have, ‘blowing out of a creative funk’ was exactly where I was,” says Zimmerman. “You get into a routine – this is a full time job – and you get into this rut, so I push myself,  and competition is a great reason to do that.”