P7000 | LexJet Blog
BEGIN TYPING YOUR SEARCH ABOVE AND PRESS RETURN TO SEARCH. PRESS ESC TO CANCEL
Skip to content 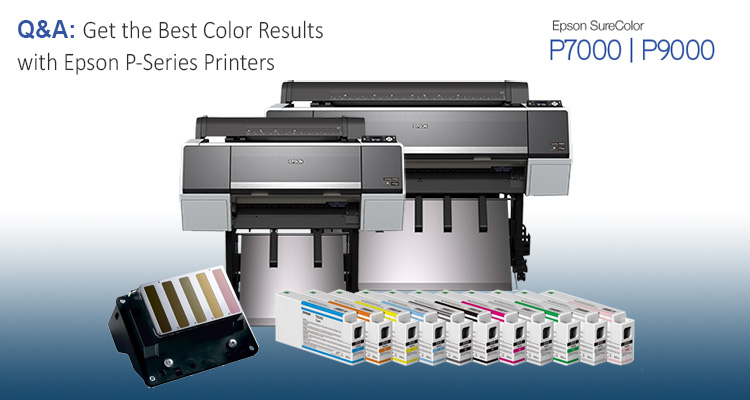 Since Epson released its next-generation P-series printers in September 2015, we’ve seen some great results in terms of increased color gamut. With that, we’ve received some user questions for our tech team. We’ve consolidated the most universal questions here, with answers from Michael Clementi, head of LexJet’s Experience Center.

Q: I’ve been printing with my new P-series printer for a few weeks, and I’ve noticed that prints are generally darker and more saturated than on my older Epson printers. What’s going on?

A: In our testing, we discovered that the color gamut on the new P7000 (standard edition) increased by 17 percent. That allows us to hit colors we’ve never been able to get on the older Epson editions.