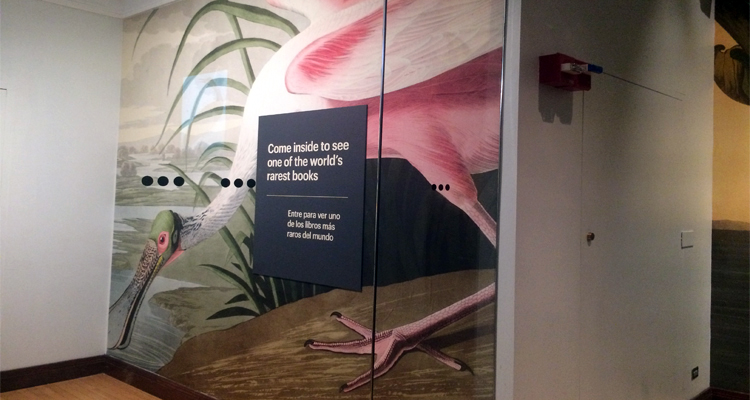 When the design team at Field Museum in Chicago wanted to create an exhibit with the few James Audubon’s artifacts they had on-hand, they decided to give it a big treatment with floor-to-ceiling murals of reproductions of Audubon’s illustrations. 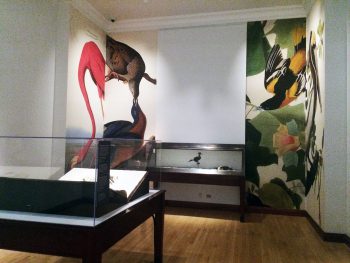 The exhibit idea started with an original over-sized book by Audubon, a 19th century naturalist and painter who dedicated his life to studying and documenting all the birds of North America. His bird expertise and illustrations are world-renowned. Field Museum had a few birds represented from the book as well as pages from one of Audubon’s sketch books. With only a few items on-hand, but a desire to showcase them, Nel Fetherling, supervisor of graphic production, worked with her design team to come up with a creative approach for the small exhibit.

The images in the book had been photographed years ago, and Fetherling was able to access the files. “I said: ‘Let’s do wall paper,'” she says. “We wanted to do something really, really big.”

Fetherling had used LexJet Print-N-Stick Fabric for smaller jobs and thought it could work as a wall mural, as well. “Because we use aqueous inks, I knew I couldn’t print true wallpaper, so I used this product instead,” she says. Her team printed six 14-foot x 75-inch wall murals as well as one for the entryway (pictured at top). 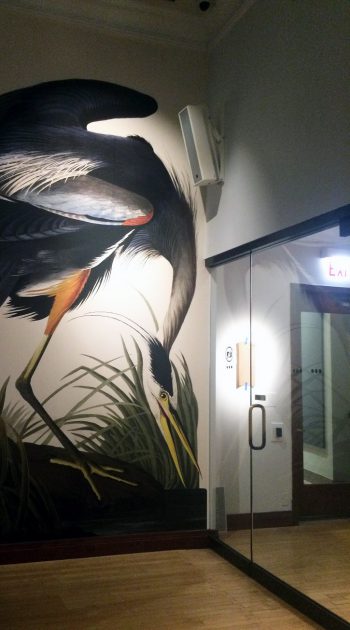 “The colors were so brilliant,” Fetherling says. “Our designer was skeptical, but after we printed it, she said the colors were almost better than the actual illustrations. It’s just such a nice white to print on.”

Fetherling handled the installation herself, requiring a scissor lift and a bit of trial and error. “I was thankful that it was a little bit forgiving,” she says of the ability to reposition or remove Print-N-Stick. “We have had other products that weren’t quite as successful going through the printer — and the colors were not as good. This is better than other products we’ve used with an adhesive back.”

She says Print-N-Stick’s versatility has everyone talking about what they could use it for next, since it is a viable alternative to a solvent or latex vinyl that she could not print in-house on her two Canon PRO-Series PRO-4000s.

“The Canon PRO-4000 and Lucia inks are very nice,” she says, with her team relying on the printers for everything from educational panels to artwork to event posters and much more. “Our designers were amazed at quality of prints coming out of the Canons. And we liked that we can get a two-roll thing on the Canons to switch out papers quickly.”