END_OF_DOCUMENT_TOKEN_TO_BE_REPLACED

You’ve probably heard the saying “there’s an app for that.” With just a quick download from the app store onto your smartphone, nearly any need can be fulfilled.

Enter: The HP Latex Mobile App, geared to streamline print production. We asked Michael Clementi, head of the LexJet Experience Center, to download and review the app so we could learn exactly how it works, and if it really does simplify the printing process.

Q: What’s the purpose of the HP Latex Mobile App? Who are the primary users?

A: The purpose is to be able to monitor your HP Latex printer from anywhere on the planet (that has cell coverage, of course). The primary users should be anyone who owns a Latex 300 series printer. Setting it up on your phone takes very little effort, and you’ll be glad you did!

Q: Which printers are the app compatible with?

END_OF_DOCUMENT_TOKEN_TO_BE_REPLACED Once a year, Digital Output magazine looks to leaders in the graphic arts world to express their point of view on the state of the industry, improvements to existing products, and the changing market.

This year, the magazine asked Vincent Bejar, business development manager at LexJet, to give his input on wide-format printing.  Bejar explains how HP PageWide XL Series media is changing the landscape for architecture, engineering and construction markets.

“Also used for color graphics, it opens the door to new applications and higher productivity for the printer,” he says. “This is the beginning of a technology shift in inkjet printing that will continue to propel the printers using these high-speed effective devices into higher-volume, higher-profit solution areas.”

Shifts in technology, such as new applications and devices, are further discussed in “Industry Leader Perspective,” available on Digital Output‘s website. This year isn’t over yet, and with software, hardware, ink and media all advancing at such rapid paces, we’ll be keeping an eye on what the rest of 2015 will bring.

Most people take one look at stormy, rainy skies and wouldn’t think twice about spending the day at the beach. However, photographer, Gareth Rockliffe, begs to differ. He loves stormy days at the beach. In fact, he prefers them.

Titled “The Great American Coastline,” Rockliffe’s latest exhibition is a three-part series that features coastlines of the United States. The first installment of the series, focusing on the Pacific Coast, opened at The von Liebig Art Center in Naples, Fla., this month.

It took Rockliffe and his wife, Jan, a fellow photographer, three months to travel from San Diego up to Cape Flattery, the most Northwestern point of the United States. Throughout the trip, Rockliffe and his wife found hidden parts of the coastline, away from the usual tourist traps, to take pictures. They also met lots of interesting people, took their portrait, and asked them the question, “what is your philosophy of life?”

When printing his art, Rockliffe uses a large volume of ink in order to achieve very rich colors. “Other materials would curl when I’d print my artwork,” so when he was preparing to print for his exhibition, he chose a high-quality product. “Now, I use the Sunset Velvet Rag material because I love the weight, the texture, and the way it holds the ink.” Rockliffe uses a Canon imagePROGRAF iPF8400 to print his photographs.

Eventually, Rockliffe dedicated himself to photography full-time, met his wife, and started taking portraits for a living. “Landscapes are my passion, but I’ve always been drawn to water,” Rockliffe says. He grew up in a small, seaside town in England, which is probably why he prefers moody skies, and dark waves. “When I shoot, I try to give the water and sky a sense of life.”

Next for Rockliffe, he’s raising funds to start part two of his coastal project. “Part two will be of the East Coast, and will start in 2016. Part three will be the Gulf Coast,” he explains. We wish Rockliffe the best in his travels, and look forward to seeing the second and third installments.

One of the easiest ways to transform a space is to install a wall mural. You can create beautiful displays of any kind in your home, office, or retail space. Turn any image into a one-of-a-kind wall mural for an exhibit, special event, or just to decorate. There is a huge variety of materials that you can choose from when deciding on your wall mural: embossed vinyl, smooth vinyl, PVC-free wallpaper, or fabrics. Once you choose the proper material, deciding on the permanence will determine how difficult installation will be. If the graphic is permanent, the wall mural will require a wallpaper paste used with a vinyl or wet strength paper. This is best used for high traffic areas to ensure durability of the graphic.

The final tip to know about wall murals is learning about Type I or Type II certified material. These certifications have to do with stain resistance and fire retardance. Just remember that once ink is put onto the material, it changes the rating. Make sure the solution used is Type I or Type II certified with latex inks. Feel free to ask your LexJet print expert any questions you have about wall mural installations. 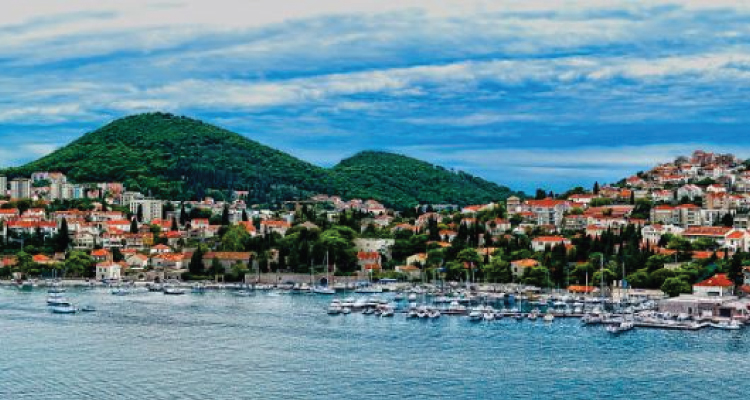