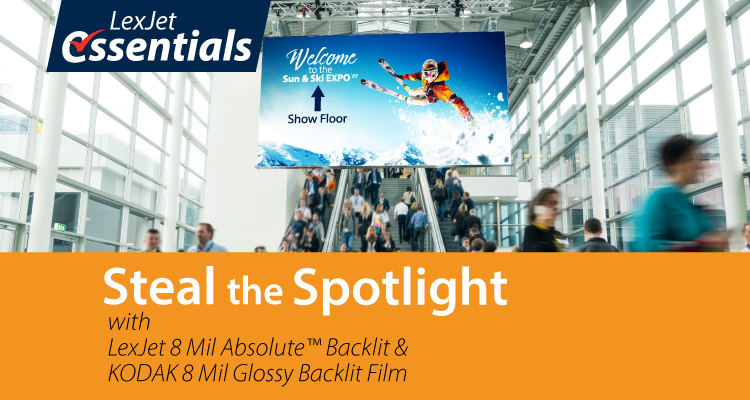 High-traffic areas at trade shows and events are the perfect locations for your customers to get noticed. Participants tend to look towards displays that are colorful and bright, drawing their attention to the unique signage.

One popular solution you can provide your customers to help them outshine the competition is the LexJet 8 Mil Absolute™ Backlit, a translucent film that produces stunning backlit graphics for exhibits, kiosks, lightboxes, and more.

The instant-dry, matte finish coating on the surface of the film allows for color pop, also reducing the waiting time between printing and laminating. The product is compatible with aqueous and latex printers.

Another great solution to help your customers stand out in the crowd is KODAK Backlit Film, Glossy/8 mil/Solvent. The heavyweight front-print backlit film is a durable polyester that provides color saturation and dries quickly for easy handling. This product is compatible with solvent, eco-solvent, and UV curable printers.

Being prepared for the rising number of in-person trade shows, job fairs, and events is important so you can meet the demands of your customers. Stock up now with these essential products and help your customers steal the limelight at their next event.

Want to learn more? Get personal help by contacting a LexJet Customer Specialist at 800-4-LEXJET. 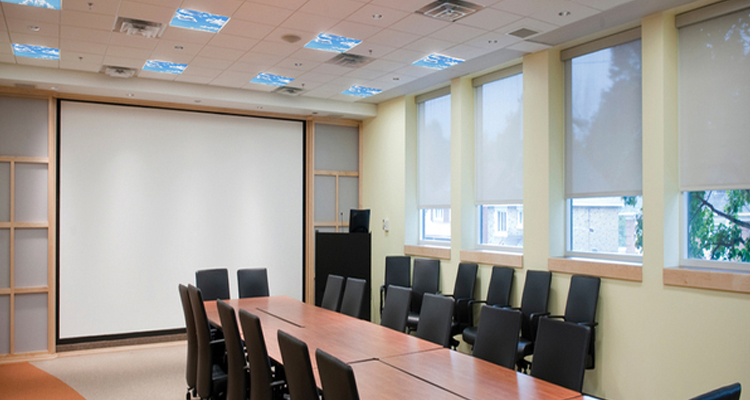 The finished prints add a whimsical or calming effect that eases the glare the fluorescents are known for, while still illuminating the room. “They still allow the light to come through, and everyone needs that,” says Octo Lights’ Bryan Fly. For the past five years, Fly has relied on LexJet 8 Mil Absolute™ Backlit film to get the job done. “It works great,” he says. “It prints well and the color shows up great.”

END_OF_DOCUMENT_TOKEN_TO_BE_REPLACED In addition to the valuable knowledge and training LexJet customer specialists received at HP Latex Academy, which we covered at the LexJet Blog last week, HP was able to test and profile a variety of LexJet inkjet media for its lineup of Latex printers: the L25500, Latex 210, Latex 260 and Latex 280.

The first round of new profiles is now available and ready for download at LexJet’s ICC Profile page. Go to www.lexjet.com/Profiles.aspx (or click on that link), then click on HP Printers and HP L26500 (the new profiles here will also work of the other HP Latex Printers), and select either Onyx Profiles or Caldera Profiles based on your RIP platform.

The LexJet inkjet media that’s been profiled and added includes…

These are in addition to a number of other profiles for LexJet media available for HP Latex Printers. Be sure to check back at the Profiles page for more coming down the pike in the coming weeks.

One LexJet inkjet material you ought to check out for Latex printing is LexJet Clear PreLume HD, which is receiving rave reviews for the output you can achieve with it.

“I was pleasantly surprised at how well it printed on the Latex printer. There were no issues with posterization and it has great saturation. I’ve been able to switch the printing of LexJet Clear from our aqueous printer to the Latex, and I’m quite pleased about it since LexJet Clear has been one of our standard materials for the past 15 years or so,” says John Toth of Triad Creative Group, Brookfield, Wis.