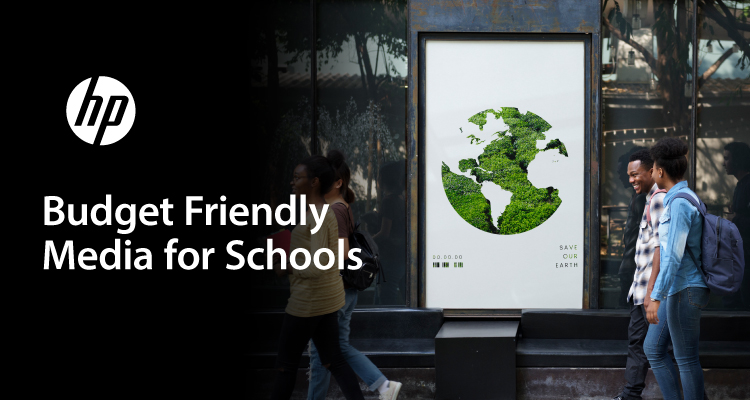 Schools and universities require a high volume of signage throughout various campus locations. One key to a school’s success is choosing the right media that will convey the appropriate message at the right place, and at the right time.

Printing your own signage is a flexible and cost-effective way for your school or university to promote school spirit and safety protocols from the classroom to the football stadium. LexJet offers a complete line of HP products for all your signage needs. Looking for matte, gloss, permanent, temporary, or repositionable vinyl for your indoor and outdoor campus spaces? We have it all with the high-quality, consistency, and performance you expect from the HP brand.

For campuses that have challenging surfaces that make installation difficult, the right solution is HP Grip Matte Polymeric Air. It is a high-performance, calendered vinyl with a high-tack, clear permanent adhesive designed for hard-to-stick surfaces like low-energy plastics and rough or powder-coated surfaces. It’s the tough solution that can handle your toughest challenge.

HP Clear Gloss Cast Overlaminate can withstand many demanding outdoor weather conditions, as well as cleaning. With this overlaminate, long-term applications like school bus or van graphics are built to stand the test of time with UV protection and maximum flexibility. Pair this optically clear laminate with HP Optimal Gloss Air GRP, an easy-to-apply vinyl for wall graphics and fleet graphics, and you have a winning combination. .

Additional powerful solutions are HP Gloss Polymeric Overlaminate and HP Matte Polymeric Overlaminate. These two products offer the extra bonus of being calendered vinyl for long-term indoor and outdoor signs and vehicle graphics with brilliant image quality, as well as being overlaminates for printed images with the utmost protection.

There are countless school signage opportunities to announce career fairs, tournaments, performances, and so much more! For all your education media needs, please contact a LexJet Customer Specialist at 800-4-LEXJET. 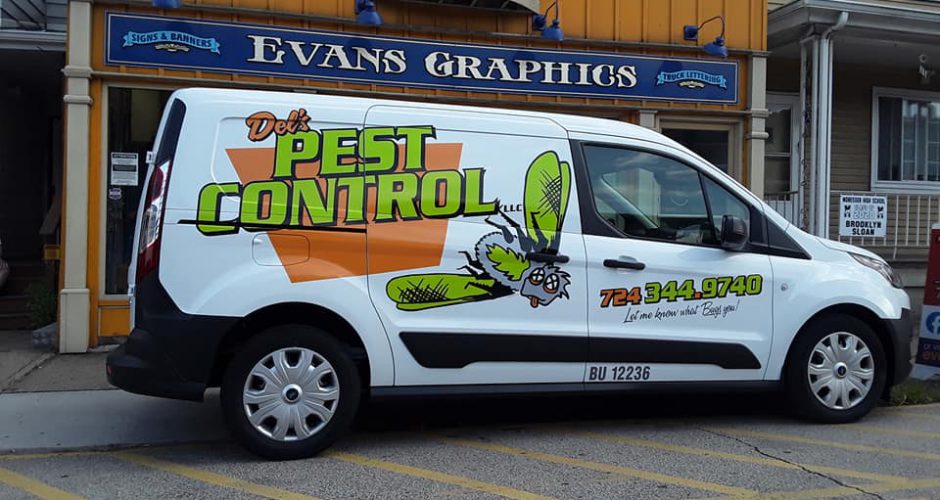 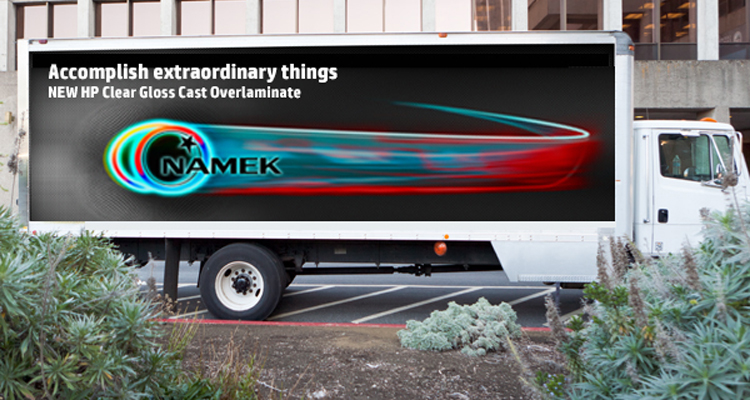 Late last year, LexJet introduced the HP Adhesive vinyl line to the industry at SGIA and the response from customers has been fantastic. Earlier this year, HP Prime Matte Air GR was added to the portfolio. It offers the same imaging quality as the Prime Matte Air GP, but with a gray removable adhesive.

Increasing variety to its overlaminate line, HP announced the addition of Clear Gloss Cast Overlaminate earlier this month. “The new cast laminate is a way for print service providers to see an increase in profitability on box trucks with rivets as well as fleet graphics,” says Tiffany Liashek, National Accounts specialist. “The new overlaminate provides significant cost savings to comparable products. As much as $200 per roll, in some cases.”

Partnering HP Optimal Gloss Air GRP with the new cast laminate, gives PSPs have a total graphics solution for around $0.92/sf. Liashek eases concerns of mixing the calendered Optimal with the cast laminate. “If the laminate is a higher quality vinyl than the printed vinyl, you can mix it. But you never want to use a calendered laminate on a cast vinyl. That’s when shrinkage and edge curl can occur,” she says.

In the past, when an installer heard “calendered vinyl,” he expected that product would be lower quality when compared with cast vinyl, but manufacturing and adhesive technology have improved. “The terms ’cast’ and ‘calendered’ should now be thought of as the way the film is made, not an indicator of quality,” Liashek says. “With calendered film now offering the same or better durability, finish and appearance as many cast films, the only remaining factor is the cost.”

Often, customers want to know which laminate is right for them. To help them choose, Liashek asks some important questions: “To make sure that I offer the right solution, I ask where the graphic will be displayed? What is the temperature like? Is there a lot of sunshine? Is it a vertical or horizontal surface application?” she says. “How they answer these questions will determine if they should consider a cast overlaminate.” The HP cast overlaminate offers protection against abrasions, heat and UV rays, and is extremely conformable. It also adds longevity to underlying graphics, with 10-year durability.

With the newest addition to the portfolio, PSPs can provide high-quality, durable results at a reasonable cost. “Any experienced installer can use calendered vinyl, and he knows when it will be more economical,” Liashek says. “That means an educated consumer can save a lot of money without sacrificing quality.”

Call a LexJet specialist at 800-453-9538 or visit LexJet.com to stay up to date with the latest information on additional products to the HP Adhesive Vinyl portfolio.