For This Master Printer, Epson T-Series Goes the Distance | LexJet Blog
BEGIN TYPING YOUR SEARCH ABOVE AND PRESS RETURN TO SEARCH. PRESS ESC TO CANCEL
Skip to content 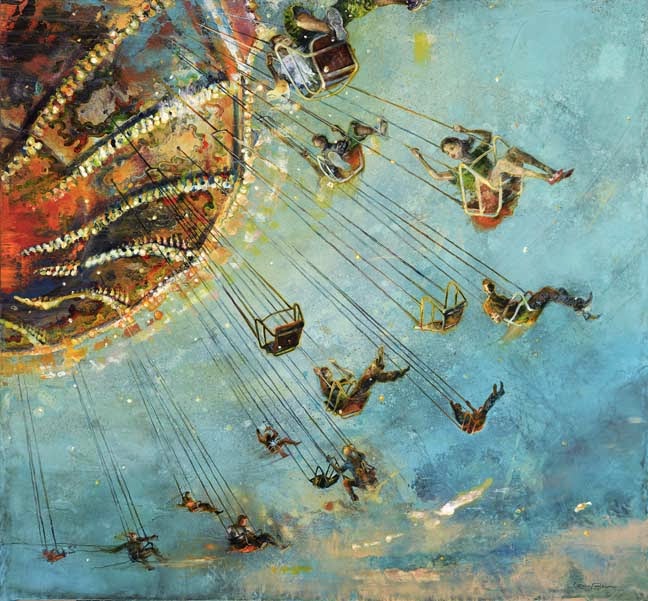 For the past 13 years, his trusty Epson printer has been up to the challenge, with only one down day. “Because of that, I’m a devoted Epson user,” Davis says.

When he made the decision to upgrade his printer, he decided to stick with the trusted brand and ordered a Epson SureColor T7270 44in Dual Roll Printer from LexJet in late January.

“I’ve been really loving this machine,” Davis says. “It’s so much faster — twice as fast as our other Epson … so that’s that much more we can get done in a day.”

Although Axelle Editions does some digital printing, the majority of their work is screen printing, and they use the Epson to create the screen printing films. “We might be doing silkscreens that are 120 individual colors,” Davis explains. “So that means 120 individual screens and 120 separate films.” Which means the Epson not only has to be fast, it also has to be accurate. In the past, if a mistake was made or if a film gets damaged, that was an hour wasted. “Now if it’s only a half-hour wasted, that’s a huge savings.”

He’s noticed lots of enhancements that makes the new Epson T-Series a good choice, like maintenance tanks that are easy to access, ultra-black matte black ink and roll length tracking and auto registering. “It keeps track of the roll for you, so you can see if you’ve only got 2 feet of film left.”

He’s yet to experiment with the new cutting technology and dual roll, but he’s intrigued by the opportunities, he says.

“With this new machine, there are lots of subtle tweaks they’ve done and targeted it to a market that wanted speed, but not at the sacrifice of accuracy and quality,” Davis says.