Clementi talks about several products in LexJet’s portfolio in the video above. Here are some of the highlights:

When it comes to floor graphics, there are two options: a one-step solution or a two-step solution. Clementi suggests the one-step method for short-term graphics, and the two-step application will be down for an extended time.

“A product like LexJet Textured Indoor Floor and Wall has a slip-rated surface so you can print it and put it directly on the floor,” he says. “The two-step process requires you to have a printable product and a laminate. This solution is for medium to longer-term floors graphics.”

Wall graphics offer everything from short-term needs (up to two years), to intermediate-term (up to five years), to long-term (7+ years). LexJet Solvent Print-N-Stick Fabric has been a favorite among LexJet clients for the past few years for many reasons. It images well and will last up to two years, but it is also easy to install for just about anyone, from kids to adults.

“The difference between Solvent Print-N-Stick and a regular calendered wall film is that Print-N-Stick is a fabric so airflow can go right through the product [reducing air bubbles],” says Clementi. “Also, there’s no overstretching it. If adhesive vinyl gets overstretched, it might not match the panel next to it.”

For window solutions, there are several options: some visibility, total coverage, or privacy. Simple Low-Tack Clear and White are quick and easy options for minimal or full coverage and are great alternatives to static cling. LexJet Simple Perforated Window Vinyl 60/40 is the perfect “go-to” solution for privacy.

“Low Tack Clear and White have the same adhesive. It’s a very low tack microsphere adhesive that doesn’t have problems sticking to the release liner, and it won’t come up and ribbon on you at the edges when you are contour cutting like static cling can,” says Clementi. “The last alternative is window perf. It has 60% vinyl and 40% perforation, excellent for retail environments. The liner is super thick and holds the product extremely well, all the way through the print process and on to the install.”

For additional solutions, visit The LexJet Experience or contact a LexJet Applications Expert at 800-453-9538. And don’t forget to check out the video above to hear more from solutions expert Michael Clementi. 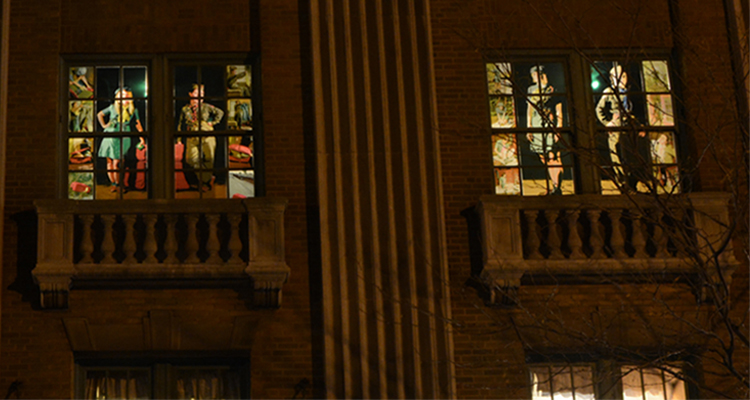 What started several years ago as a 20-minute writing exercise in a graduate class has evolved into a new art installation dreamed up by photographer Stephen DeSantis, in which he explores the age-old Boy Scouts motto, “Be Prepared.”

As a graduate student in Chicago, DeSantis started his writing assignment pondering over Girl Scout cookies and fundraising. The theme stuck with him, and a friend gave him two scouting guidebooks from the 1950s. These instructional relics brought to light another theme: gender roles. “I noticed in the guidebooks that the boys did one thing and girls did another thing,” DeSantis says. “I wanted to tackle the idea of how gender identity and gender roles changed since the 1950s.”

END_OF_DOCUMENT_TOKEN_TO_BE_REPLACED 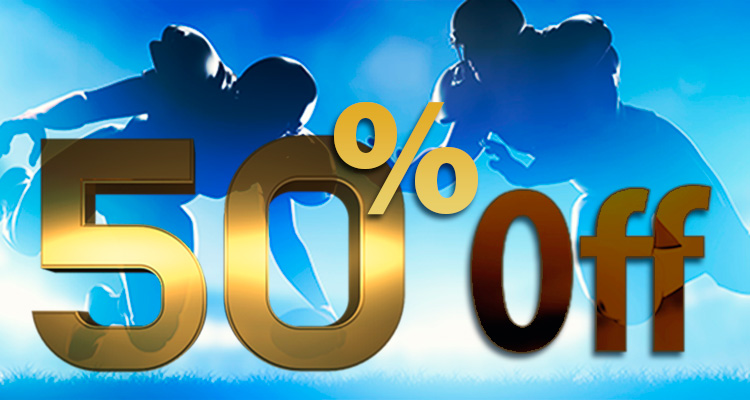 Just in time for the 50th anniversary of the big game: We’ve got a BOGO 50% off deal for you:

Call in this Thursday or Friday and buy 1 roll of LexJet-branded media and we’ll give you 50% off a new roll of LexJet media*. Here are a few winning products to consider:

*Discounted roll must be a LexJet media you’ve never purchased before. One roll per customer. Call-in orders only. While supplies last.

END_OF_DOCUMENT_TOKEN_TO_BE_REPLACED