Prints That Win: On Fire | LexJet Blog
BEGIN TYPING YOUR SEARCH ABOVE AND PRESS RETURN TO SEARCH. PRESS ESC TO CANCEL
Skip to content 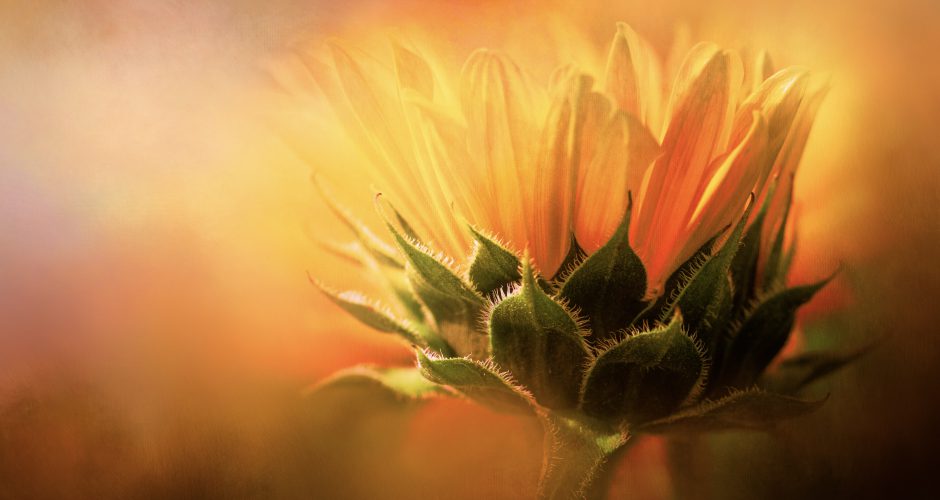 Orlando, Fla. photographer Gary Shaver has no shortage of beautiful scenery surrounding him, but with so much beauty, it takes a keen eye to catch what some may miss. As part of the Orlando Camera Club, Gary and the group often go on “shoot-outs” to local hot spots like Disney’s Animal Kingdom or Bok Tower to practice, learn and teach in a group setting.

While on one of these shoot-outs, as Shaver was teaching other members of the club some tips and tricks about photographing flowers, that he noticed a bloom about three-quarters of the way opened. “Once I lined up the shot, I realized there was a full bloom in the background that created a fiery halo around my partial bloom,” said Shaver. “Then it was a matter of using the deflector and diffuser and adding a little texture during editing.” The result was his Sunset Award-winning shot “On Fire.”

He may be sharing his ideas and techniques with fellow photographers now, but Shaver’s path to the world of photography wasn’t a conventional one. Realizing he was approaching retirement and would soon be leaving the corporate world behind, he decided to look for a way to unleash his creative side. He thought about being an artist, but wasn’t sure if drawing or painting was really his style. Twelve years ago, he picked up a graphic tablet and learned how to artistically edit his photos, and the rest is history.

The use of textures and the illusion of paint that make Shaver’s photographs recognizable would normally indicate a strong influence of similar artists, but for this self-taught photographer, that is not the case. “I really love to see other photographer’s work on social media, there is so much talent out there, when I see something interesting, it reminds me that I can play around with exposure times or the tablet to really get a different feel from my original image,” says Shaver.

While experimenting with textures and exposure times can help shape a style, it is in competitions where Shaver truly hones his skill. “Putting my work in front of judges for them to critique is scary. Sometimes the feedback is tough, but it pushes me to learn and improve, taking me beyond my boundaries and allowing me to branch out. I feel like the only way I can grow as a photographer is to get that feedback,” he says.

If he is in his studio creating art out of photographs or on a “shoot-out,” helping other photographers perfect their craft, Gary Shaver is living the artistic life that he envisioned over a decade ago. One thing that he’s learned over the years is to explore the limits of your comfort zone. As he puts it, “branch out, do different competitions, take creative photos, listen to the feedback, and push yourself.”